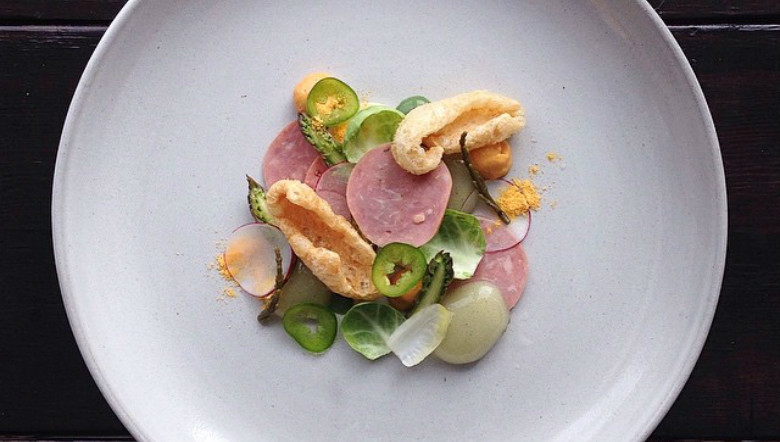 Last Updated on January 26, 2016 by Coppersmith

Doritos, Bugles and bros: chef Jacques LaMerde pops up at Coppersmith. The mysterious chef has gained Insta-fame for his high-brow plating of low-brow bites and will be offering his soigne skills to the Southie restaurant for a weeklong dessert special. From Friday, January 22nd through Friday, January 29th, the Coppersmith menu will feature an a la carte collaborative sweet from LaMerde and pastry chef Craig Williams. Then, on Saturday, January 30th, LaMerde will unveil his identity at the first ever Guest Chef Food Truck Takeover. Starting at 6:00pm, he’ll be serving savory dishes from the two in-house food trucks—follow Coppersmith and LaMerde on Instagram for menu teasers and call 617.658.3452 for reservations.