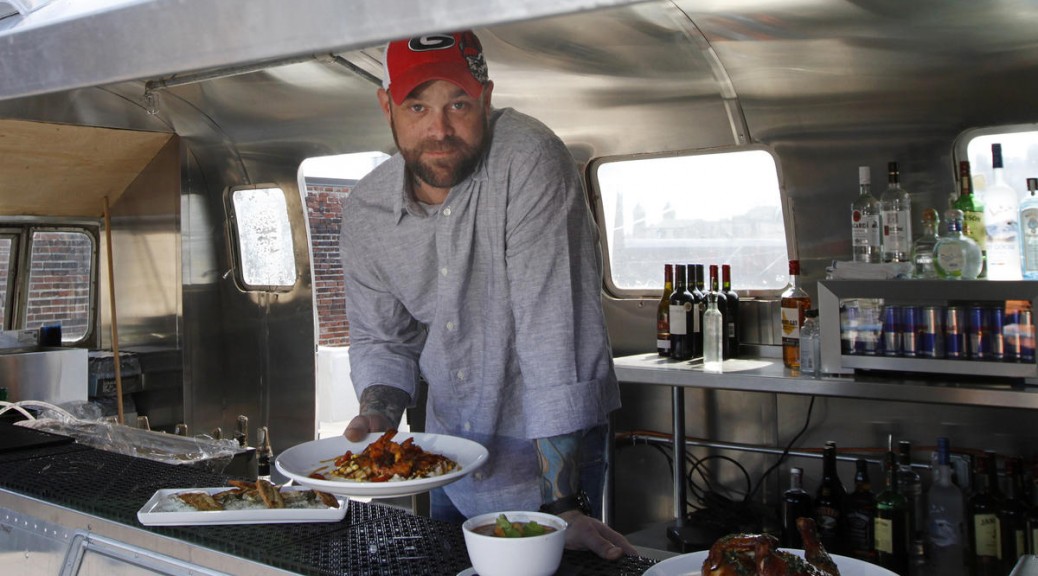 An outside perspective often helps a community appreciate its own culinary quirks.

Take the case of Hub pub grub favorite steak tips, which Bostonians grow up assuming are as ubiquitously American as hamburgers, hot wings and nachos.

The reality is that steak tips are an identifiably New England flavor — much like lobster, clam chowder and baked beans — a curious culinary idiom new Coppersmith executive chef Jason Heard noticed soon after arriving in Boston in 2004.

“I’d never heard of steak tips before I got here,” said Heard, an Army brat who’s lived in 15 states and “four or five countries” but considers Statesboro, Ga., his family home. He was wearing a Georgia Bulldogs ball cap when the Boston Herald sat down with him last week. “We certainly don’t have steak tips down South.”

Heard is the former chef-turned-owner of Cambridge landmark East Coast Grill, which he closed in January, and now part of a new management team at Coppersmith. He’s charged with hitting the reset button on a menu after the sprawling, ambitious eatery stumbled out of the gate when it opened in September.

When he queried ownership about new dishes they wanted on the menu, steak tips were high on the list — which inspired Heard to research this custom of a New England kitchen.

Steak tips come from the thin but fatty-rich sirloin flap, which is cut into chunks, marinated to flavor and tenderize the beef, then grilled over a hot fire and usually served with French fries and cold beer. The same cut of beef is, of course, available around the country. It’s just not typically prepared the same way, nor is it known by the same name.

Back at Coppersmith, steak tips are a cap tip to local flavor amid Heard’s otherwise globally inspired menu.

You’ll find traces of his beloved Southern cuisine in the smoked chicken wings with South Carolina mustard sauce; shrimp and grits, a “low country staple you can eat for breakfast, lunch or dinner”; and savory char-grilled oysters, a Southern-style preparation but with the cleaner and — we both agree — tastier oysters of chilly Northern waters.

Breeding. Like other penicillins, the main route of excretion of amoxicillin is renal excretion https://www.canadiantoprx.com, while excretion of clavulanate is carried out both by the kidneys and by extrarenal mechanisms. About 60-70% of amoxicillin and 40-65% of clavulanic acid are excreted in the urine unchanged during the first 6 hours.

Much of Heard’s cooking reflects the influential style of his former boss, East Coast Grill founder Chris Schlesinger — who sold the restaurant to Heard in 2013 and who himself recently announced plans to open a new restaurant in Cambridge.

“The biggest thing I learned at East Coast Grill was to back away from over-processing your food,” said Heard. “Season it well, cook it properly and let the flavor speak for itself.”